Finally, the hide that I had heard so much about, and seen so many fantastic photos from, the overnight hide Umgodi. This is one of my favourite shots from the hide. 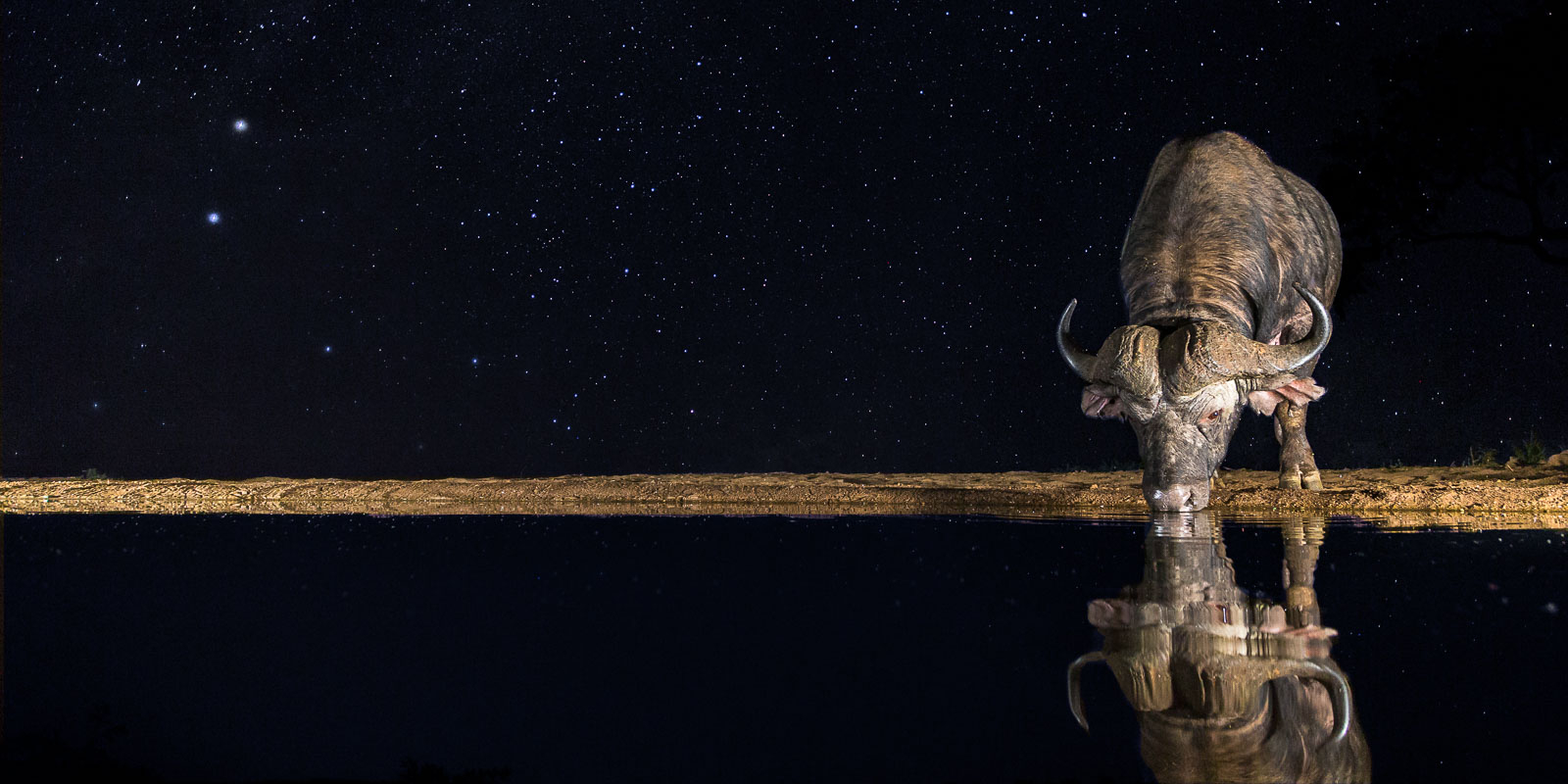 The expectations were high when we arrived in the afternoon. The ranger and guide, Calvin cleaned up in front of the hide and gave us instructions of how to manage the spotlights, water level in the pond and general advise about our stay. From the outside the hide doesn’t look that impressive but as it’s build to a large extent below ground, it’s only a part that is seen, like an iceberg on the savannah. The pond looks so small, not at all like what it appears on photos that I had seen prior to my visit. 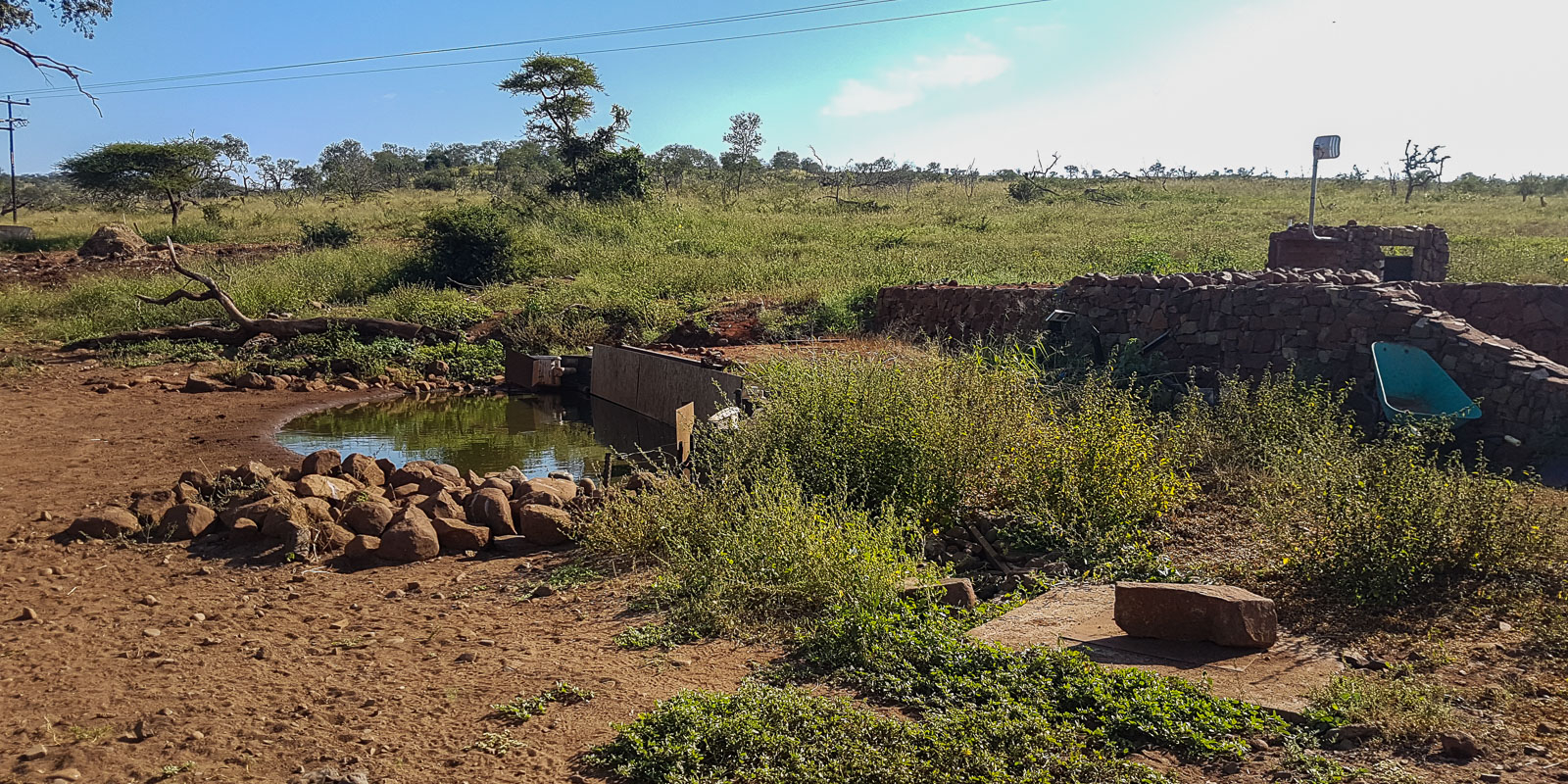 From the inside however, it’s a different story. It’s a small house with several rooms, fully equipped bathroom, kitchen with refrigerator and of course equipped with air condition. The sleeping area (which was primarily used for shorter rests) contained 6 comfortable beds and further in the hide was the area with the mirror glass and office chairs with a view over the pond which stretched from the window app. 4 m deep and 10 m wide. The spectacular view was enhanced as we were sitting in the same height as the water level which gave us an amazing shooting position.

As the guide left us we knew that we were now going to spend the afternoon, night and morning in the hide and we had plenty of great food to eat during the session. The evening started with a multituide of birds that came for a drink and a bath. I still don’t know the name of all the birds but they were all beautiful and gave us plenty of opportunities for nice shots. 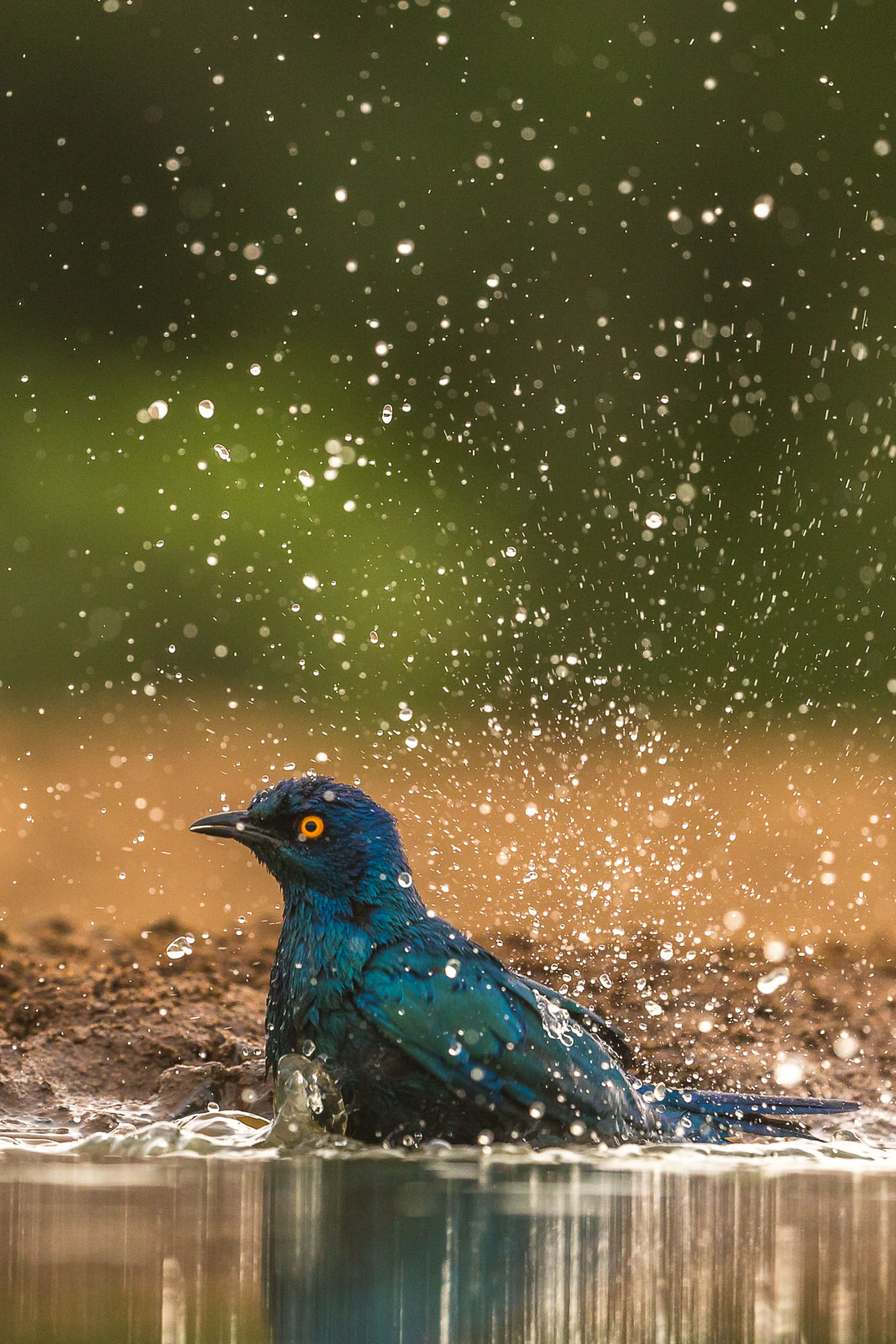 It would however take an app. 7 hours until we had a larger visitor. At 9:45 pm we heard the alarm bells go off, and we knew that an animal had crossed a beam and was approaching the hide. It turned out to be an African Buffalo and it’s difficult to describe the feeling when the enormous animal is coming towards you at only a few meters and you are at ground level. An amazing feeling and my heart started pumping faster as I started to shoot, using two cameras, one with a 24-105mm lens and the other with my EF500mm? I wanted to capture the moment from every possible angle and also wanted to set up exposures that I could then use as a base for an in camera double exposure with the night sky as a backdrop. 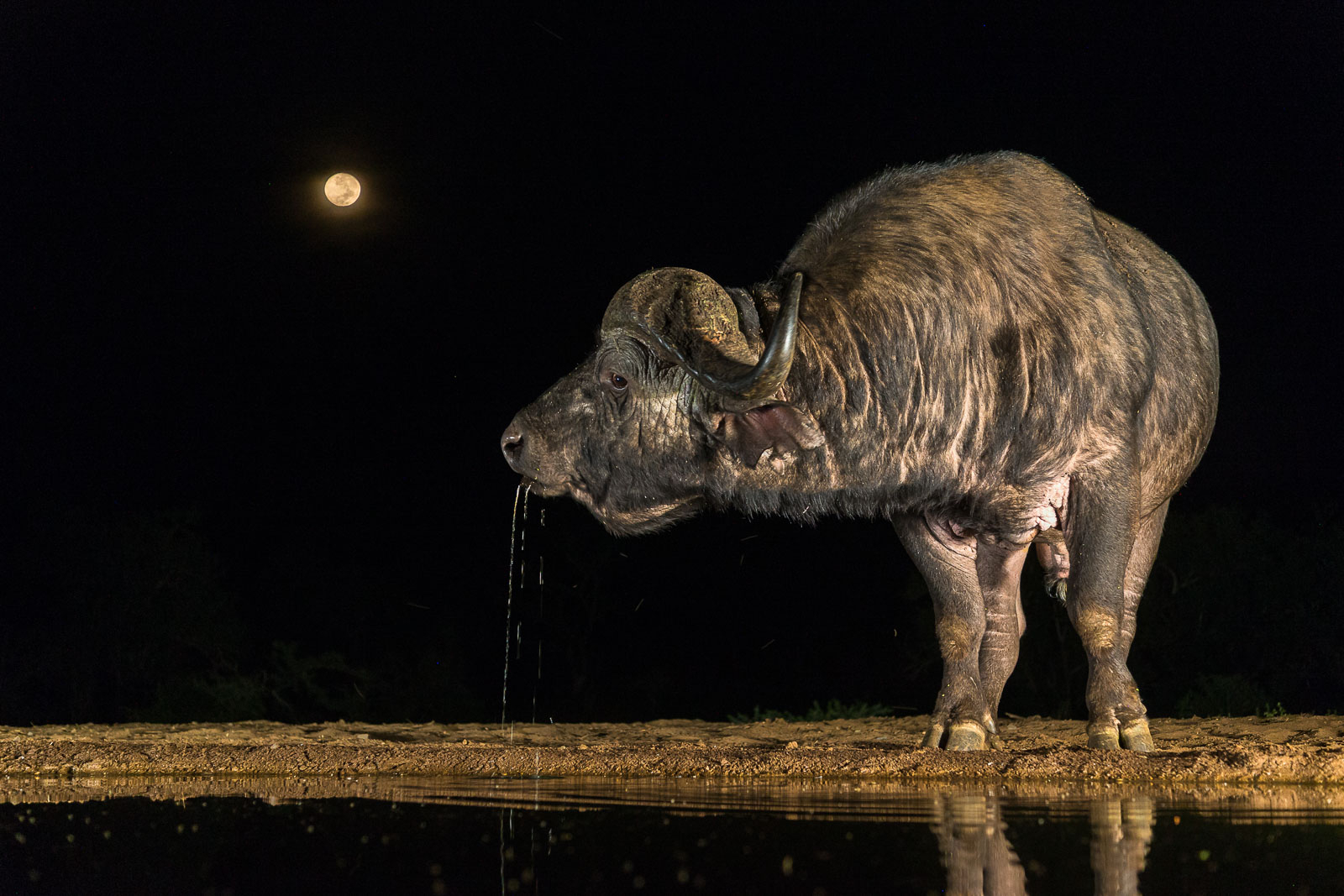 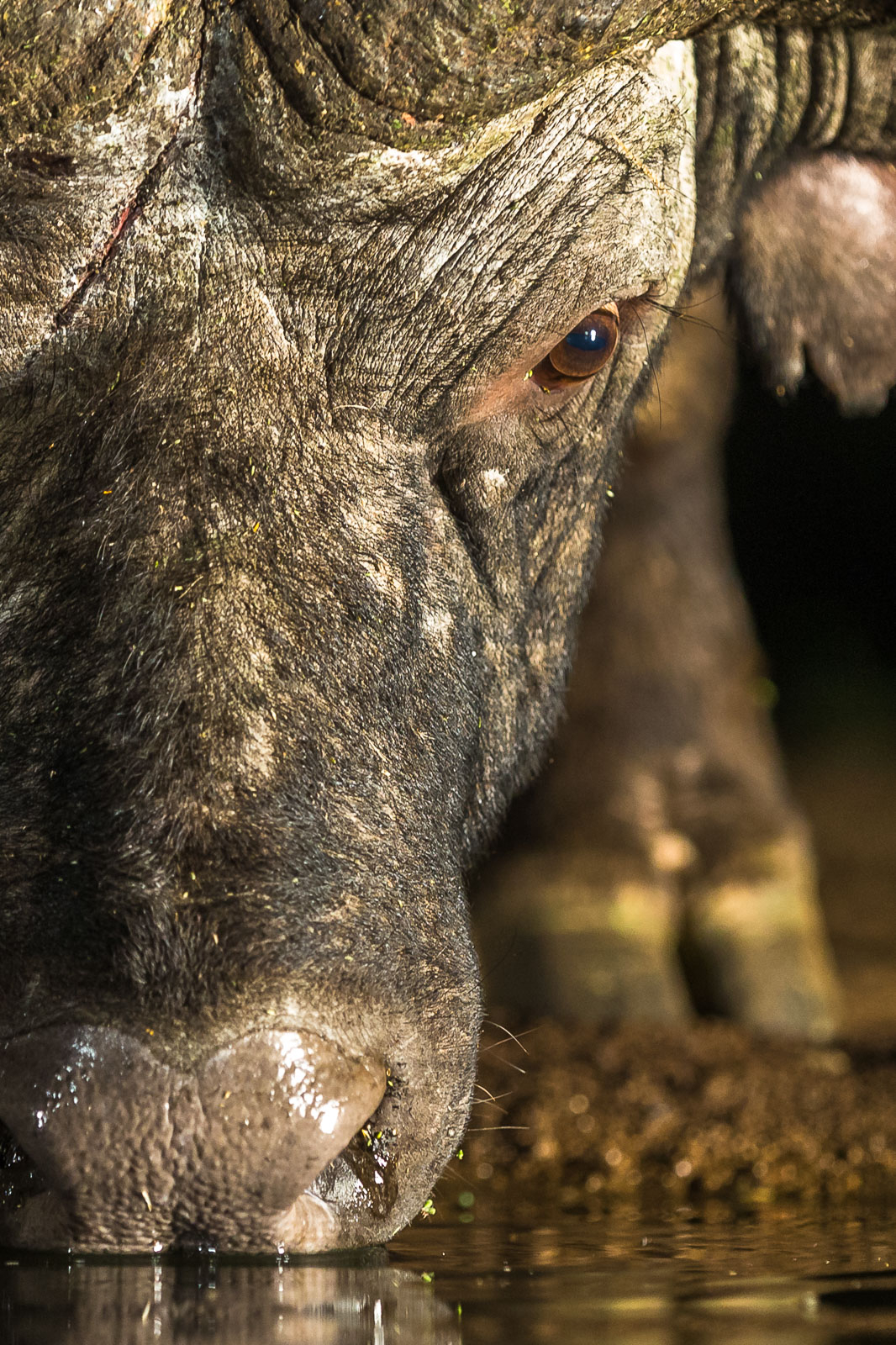 The Buffalo stayed for over 45 minutes and then slowly walked away again leaving us alone in the hide. During the night we had another visit by a Buffalo but it was only for 10 minutes. Unfortunately we never got any more night guests to the hide after that but that’s the nature of the game, you never know what to expect in the world of animals.

After a night with basically no sleep we were then off back to the lodge for some breakfast. We had the opportunity to have two sessions in Umgodi during our stay and below you can see a selection of the photos that I captured during these nights.